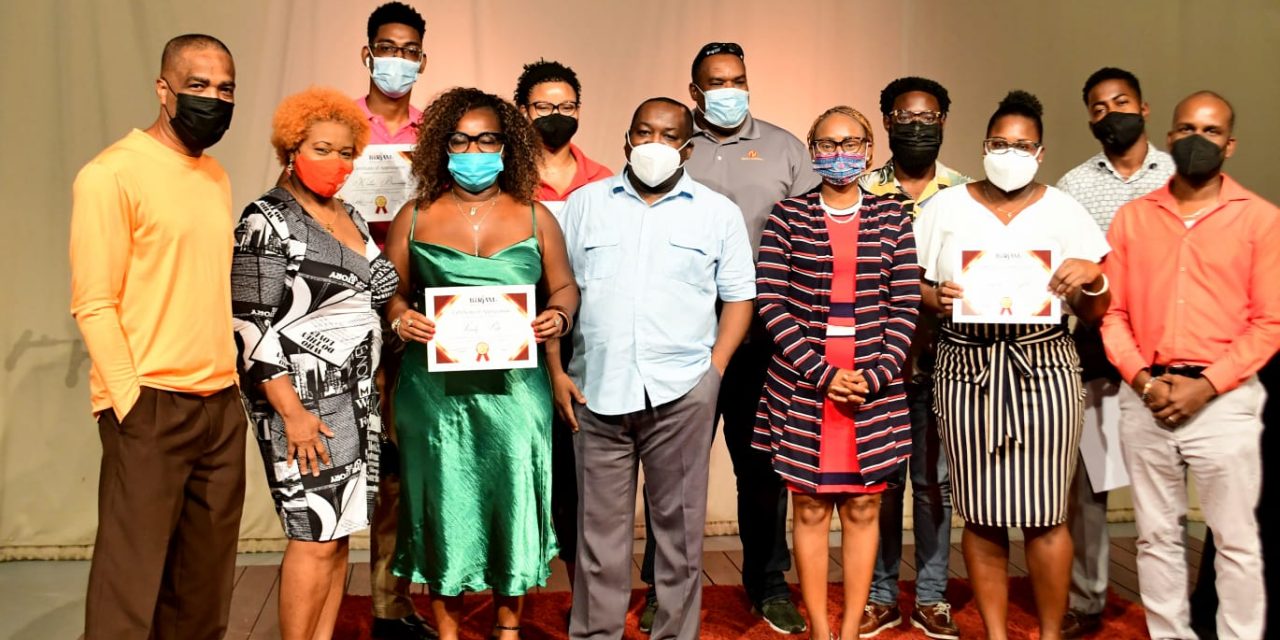 Eight media workers have been rewarded with certificates from The Barbados Association of Journalists and Media Workers (BARJAM), for their gallantry in their coverage of the Volcanic eruption in St. Vincent and the Grenadines in April 2021.

The certificates were presented to them during a brief ceremony at The Caribbean Broadcasting Corporation on Tuesday September 7th 2021.

President of BARJAM, Keith Goddard in his brief remarks said it is important to recognize people when they are with us and not when they are gone, and to also commend good work.

“Since April this year when these young people were asked to travel by boat to St. Vincent and the Grenadines to be able to provide coverage of the eruption of the La Soufriére volcano, we thought it courageous that any effort to enter into a country with a volcano and not knowing the possible outcome would be worth rewarding.”

He said based on the stories, features that he read and saw, the reporters and photographers are well deserving of the recognition by the association.

Broomes said “It was humbling to be considered for recognition by the Barbados Association of Journalists and Media Workers. As a young journalist, I’m always thankful for these opportunities to learn and grow.”

Smith in expressing himself said he too was humbled to have been recognised for the work done this year covering the eruptions at La Soufriére. “I am even more grateful to be standing on the shoulders of giants like Maria Bradshaw who presented the award and to the entire Executive of the Barbados Association of Journalists and Media Workers (BARJAM) for the moving gesture.” He believes that there is a lot of work to be done in lifting the standard of the profession to the highest level, and a generation of talented young journalists whose greatest desire is to have their ideas heard and their talents harnessed.

Pitt on her social media page was all smiles, as she too expressed her thanks to the association and said she was extremely elated.

Among those attending the presentation were Vice President of BARJAM Ryan Broomes, Maria Bradshaw and Wendy Burke Floor Members and Anthony “Admiral” Nelson.

UNCTAD ON IN BARBADOS NEXT YEAR