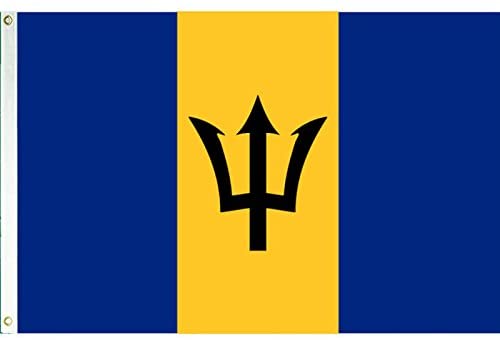 Three people have been awarded Barbados’ highest honors in the
independence list released at midnight.

The new chief justice Patterson Cheltenham and former chief of staff of the
Barbados Defence Force Brigadier Rudyard Lewis have been knighted while
trade unionist Patrick Frost has opted for the new alternative award to
knighthood, the Order of Freedom of Barbados which came into force last year.
The Most Honourable Patrick Frost has been bestowed the Order of
Freedom of Barbados for dedicated service as an educator and sterling
contribution to the trade union movement.
Sir Patterson Cheltenham has been bestowed Kinght of St. Andrew for his
stellar career in the legal profession and Brigadier General Rudyard Lewis
was similarly awarded for extraordinary achievement and meritorious service
to the military in Barbados.
Awarded the COMPANION OF HONOUR are:
Dr. Jerry Emtage, for his contribution to the medical profession and
particularly in the field of urology, Mr. Tony Gibbs, for his sterling
contribution in the field of Engineering in Barbados and the Caribbean and Mr.
OBrien Trotman for his service in politics and contribution to the trade union
movement.
Awarded the GOLD CROWN OF MERIT are:
Mr. Alister Alexander for his contribution to vending in Barbados and in
particular the development of the Barbados Association of Retailers, Vendors
and Entrepreneurs (BARVEN), Mr. Randolph “Randy” Harris for his
contribution as a Sports Administrator in football both locally and regionally,
Professor Patsy Rose Prussia, For her outstanding contribution to Cancer
Research and Continuing Medical Education and Mr. Condé Andrew Riley,
For his contribution as a Sports Administrator in the field of cricket.

Other awardees:
BARBADOS STAR OF GALLANTRY

SILVER CROWN OF MERIT
For meritorious service or achievement in science, the arts, literature, sports,
civic duties or any other endeavour worthy of national recognition.
(Number of Awards available: 4)

BARBADOS SERVICE STAR
For meritorious work in the civil, fire, military, police, prison or other protective
services or any other similar field of endeavour.
(Number of Awards available: 5)