Hall’s Road, St. Michael had to be temporarily closed by police today and traffic diverted after blood samples from the Queen Elizabeth Hospital fell from a vehicle and were run over by other automobiles.

The spill occurred at the James A Tudor Roundabout near the old Globe Cinema.

Executive Chairman of the Queen Elizabeth Hospital, Juliet  Bynoe-Sutherland, tells Starcom Network News that a private waste hauler was transporting hospital waste for off-site disposal or incineration since the QEH incinerator is out of service.

She notes the waste was being transported by a certified waste hauler who has been performing that task for many years without incident. 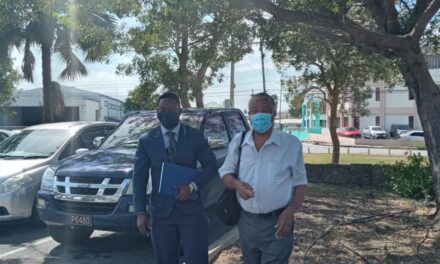 Franklyn to challenge Government in court over COVID-19 directives