A flash flood warning is in effect for Barbados.

A flash-flood warning means that flooding due to heavy or excessive rainfall in a short amount of time ( generally less than 6 hours ) is imminent or already occurring.

In a release, the Barbados Meteorological Service said an area of disturbed weather has already brought 1 to 2 inches ( 25 to 50mm ) of rainfall to some sections of the island this afternoon. A further 2 to 3 inches ( 50 to 75mm ) of rainfall is expected during the next 12 hours as the system progresses westward at 20 to 25 mph.

– Large objects or debris from higher elevations may also become embedded within fast-moving water flows.
– Significant flooding at the foot of hillsides and coastal roads is possible.

Residents in flood-prone areas should be on the alert and be prepared to take all necessary precautions in the event of flooding.
This alert will terminate at 6am Wednesday 29th July, 2020 or sooner if conditions warrant. 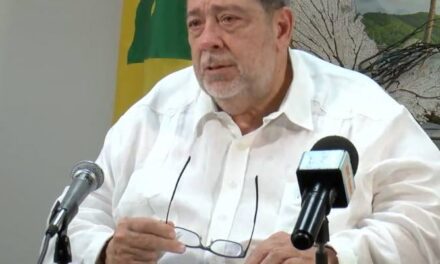