The Royal Barbados Police Force is seeking your assistance in locating a missing woman. 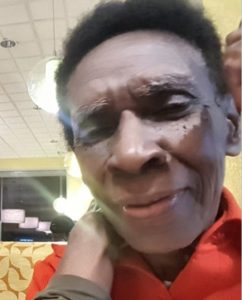 She is 5 feet, 3 inches tall, slim built and dark complexion. She has short dark brown hair and grey eyebrows; she also has moles on the left side of her face. At the time she was wearing a pink blouse, with a red sweater, a black calf-length flowered skirt and a pair of tan sandals. She also suffers from dementia.

About 8:25 pm on Monday, February 18, 2019,  she was taken to Price Smart, Lodge Hill, St. Michael by her son Carlos Jones who resides at the said address. On arrival there, he left her in the car park in his car and went into the establishment. On his return at 8:40 pm, he discovered that she was not in the car.