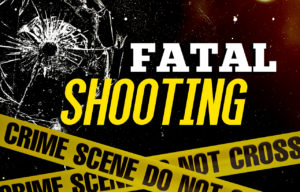 BRIDGETOWN, BARBADOS:  Police are investigating a fatal shooting at Ridgeway, The Pine, St Michael that claimed the life of an adult male who they identify as Ronald Rudder.

Public Relations Officer Station Sargeant Michael Blackman says Rudder was reportedly sitting alone at a house around 5:15 this evening when a number of gunshots were heard.

He says people who were socialising in the area, ran away and on their return, Rudder was seen lying in the road.

The injured man was taken to Queen Elizabeth Hospital by private transportation where he succumbed to his wounds.

Rudder’s death is the second such killing this week. On Tuesday night, 24 year-old tattoo artist Shaquille Toppin was fatally shot 16 times, outside his home at Danesbury, Black Rock, St Michael. He was pronounced dead on arrival at the QEH.

Police haved asked anyone who can provide any information that can assist in their investigations to contact Police Emergency at 211, Crime Stoppers at 1-800-TIPS (8477) or the nearest station.