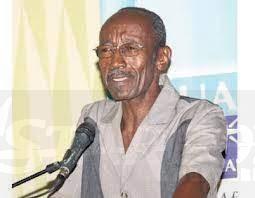 Former UWI Professor of Economics and ex Chairman of  the government advisory council on the economy, Dr. Frank Alleyne has passed away.

The Knight of St. Andrew, Barbados’ highest national honour, was conferred on Sir Frank on November 30th, 2012 in recognition of his outstanding contribution to education especially at the tertiary level and for his public service to the people of Barbados.

After a career spanning thirty-six years, working in the University of the West Indies, he retired in 2004 having attained the rank of a fully tenured Professor of Development Economics.

He also served on the boards of several local statutory corporations and non-governmental organizations.

Three Shot in the City/Apparent Suicide in St. James.