The police have seized a vehicle and reportedly arrested two men after a car chase that ended at Carter’s Gap, Christ Church.

Onlookers captured the end of the chase on video which was circulated on social media showing a white car, in which the suspect or suspects were allegedly travelling, surrounded by police vehicles. 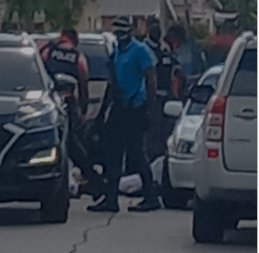 A handcuffed man was on the ground.

Later, a police convoy was scene escorting the suspects’ vehicle which had been loaded onto a police flatbed truck.

Up to news time no further details about the arrest were available from the official police sources. 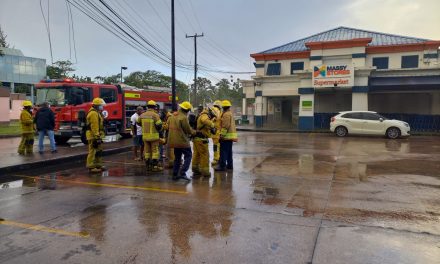