B U T wants something done about Milton Lynch Primary School 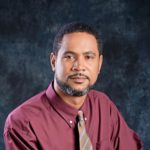 President of the Barbados Union of Teachers Sean Spencer is urging officials at the Ministry of Education to address issues at the Milton Lynch Primary School at the Water Street, Christ Church.
Starcom Network News understands that at least some teachers stayed away from classes this morning.
Mr Spencer said he could not confirm whether teachers were off the job, but noted that during the union’s visit to the school this current academic year, officials they saw a number of what he described as a number of domesticated and wild animals prowling the premises of Milton Lynch Primary.
He told Starcom Network News termites, pigeons, dogs, cats and monkeys were all seen on the compound during the visit by the executive.
The BUT President also stressed the physical state of the school indicates the need for infrastructural work.
There were recently also reports of cow itch in the vicinity of the playground.