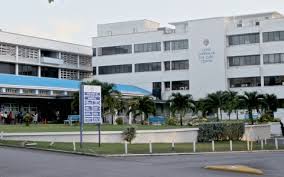 The Queen Elizabeth Hospital is refuting social media claims that it is on “lock down”, due to alleged shootings on the wards and near the compound.

The Queen Elizabeth Hospital (QEH) has been alerted to the existence of social media commentary claiming that the hospital is on ‘lock down’ and that shooting incidents have occurred on the wards and in and around the immediate vicinity of the hospital. Communications Specialist of the QEH, Lyn-Marie Deane, refuted these pronouncements and indicated that these statements are all false and unfounded. Deane stated that following yesterday’s Grand Kadooment celebrations the QEH responded to  a mass casualty incident in which a number of patients presented to the hospital’s Accident and Emergency Department (A&ED) with soft tissue and orthopaedic injuries resulting from gunshot wounds. A few patients had been admitted while the majority were seen and discharged.

Chief Executive Officer of the QEH, Dr. Dexter James, indicated that there were no reported incidents of violence within the hospital compound, or within close proximity to the hospital’s premises. James also stated that during his walk around today, patients presenting to the A&ED were seen without any difficulty, and in-patient admissions and out-patient clinics operated as scheduled.

Dr. James assured the public that “The Board of Management and staff of the QEH will continue to provide a safe environment for patients, visitors and staff and will respond to any imminent threats as the need arises.” He further stated that the Board would continue to work with the Royal Barbados Police Force (RBPF) to strengthen the hospital’s security and in the event that the need arose, the QEH would draw on the RBPF to complement and supplement the hospital’s existing security arrangements.