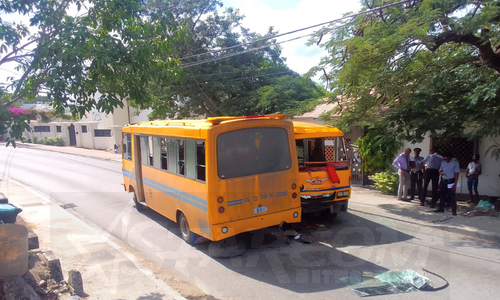 Twenty three people have been injured when two minibuses collided at Prospect St. James about 6:23 this morning.

Police Public Relations Officer Inspector Rodney Inniss told reporters at the scene that 9 people were seriously injured, including the driver of one of the minibuses.

He disclosed that several other people were taken to a polyclinic and others left to seek medical treatment on their own.

The scale of the incident triggered the mass casualty response that involved a significant number of police, fire service and defence force personnel, along with two fire tenders and seven ambulances.

Video from a security camera captured the moment when the two vehicles collided as one skidded on a wet road and slid into the path of the other as they travelled in opposite directions on a wet road.

The home owner whose security camera recorded the crash, said she was asleep when the accident occurred and was awakened by the crash

She disclosed that she has been a victim of several robberies and was forced to install the camera.  She believes the footage will assist police with their investigations. 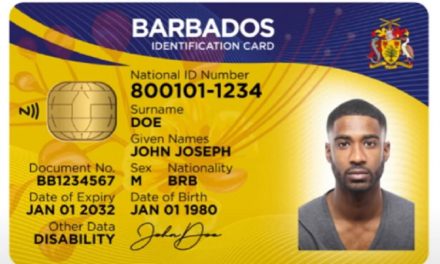 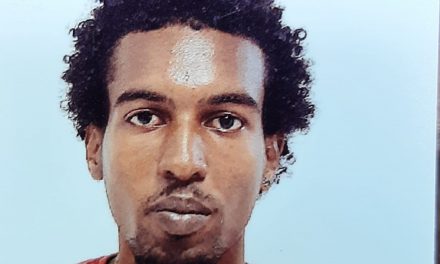