Barbados recorded one new case of COVID-19 yesterday when a passenger on a British Airways flight tested positive on arrival at the Grantley Adams International Airport.

The 76-year-old Barbadian was among 69 passengers on the flight who were tested for the viral illness. There were 218 passengers on board. The others had validated negative COVID-19 PCR tests.

The new diagnosis brought the number of confirmed cases in Barbados to 105, and the number of people in isolation to seven, since no one will be released from the Harrison Point, St. Lucy facility, today. Ninety-one people have recovered, and seven have died.

Ninety-seven tests were done by the Best-dos Santos Public Health Laboratory yesterday, bringing the tally since February 11 to 9,495. 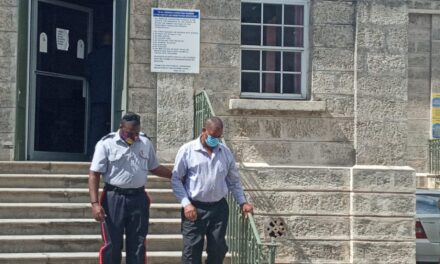