Police are currently at the scene of three separate shooting incidents.

The second shooting occured  at Mason Hall Street, the City.

A 22 year old male was shot in his chest area. He was transported to the Queen Elizabeth Hospital by private motor car. This occurred about 8 33 pm.

A young male, age unknown, reportedly was shot in his foot about 835 pm.

More details as they come to hand. 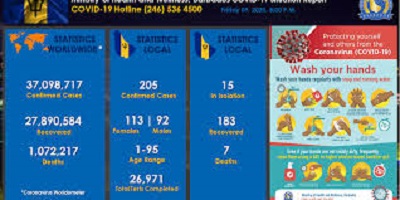 COVID-19 UPDATE: ONE CASE AND RECOVERY