A female employee of a well-known fast-food restaurant chain is in police custody after a stabbing that occurred on the compound of the business at Oistin’s, Christ Church yesterday.

Starcom Network News understands the incident was the result of a dispute between two co-workers at the restaurant’s Oistins location.  A female employee is alleged to have stabbed a 21-year-old female co-worker in the area of the left shoulder.  The injury is not considered to be life-threatening.

After the stabbing, the alleged perpetrator fled the restaurant, and when police arrived reportedly attempted to escape even at one stage, according to bystanders, trying to board a passing route taxi.

In a video circulated on social media, the female suspect could be seen struggling with police before being wrestled to the ground, handcuffed, placed in a police vehicle, and taken away. 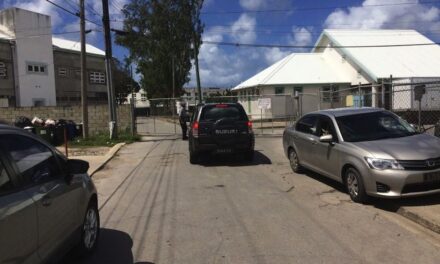