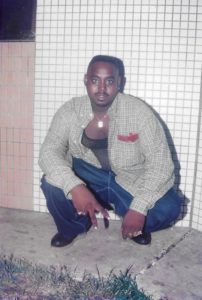 Relative of the Mayers family of Pipers Ave, Bayville, the Moore & Alleyne families of Buckingham Road and

The funeral of the late Mark Antonio Powers leaves L.E. Smith Funeral Home, St. Michael’s Row at 9.45 am on Wednesday January 30, 2019 for First Baptist Church where relatives and friends are asked to meet at 11.00 am for a Service of Thanksgiving.  The cortege will then proceed to the Westbury Cemetery for the interment.

Viewing takes place on Tuesday from 3 – 5 at the chapel of L.E. Smith Funeral Home.

Flowers may be sent to L.E Smith Funeral Home, St. Michael’s Row, no later than 10.00 am on Wednesday.