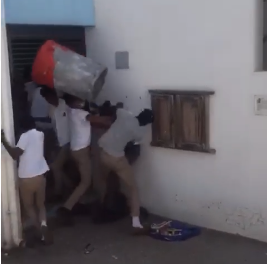 Police today responded to a brawl at The Lodge School  involving several students.

Starcom Network News understands it was part of a long-brewing dispute among fourth, fifth and sixth form students with an element of pre-planning to settle some scores, according to one source.

A video of the students fighting made the rounds on social media.