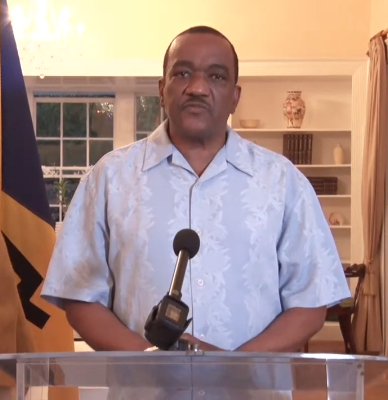 Public Health officials have declared there is community spread of the Coronavirus in Barbados.

This was revealed by Minister of Health and wellness Lieutenant Colonel Jeffrey Bostic during yesterday’s COVID-19 update at Illaro Court.

He says this decision was made after greater analysis of the situation and consultations with the health professionals conducting the contact tracing.

Minister Bostic explained what measures will be taken to minimize the community spread.

Of the 26 new cases, seven are females and 19 are males, two being from Her Majesty’s Prison (HMP) Dodds.  Three of the 26 positives would have been persons sent previously to Harrison Point for assessment.

Cases in Barbados have reached 0ne thousand three hundred and forty one – 529 females and 812 males.  Four persons have left the isolation facilities, bringing the total active cases to 710, and those who have recovered to 622.  Nine persons have died from the viral illness.

The public health laboratory has conducted a total of 98,318 tests.