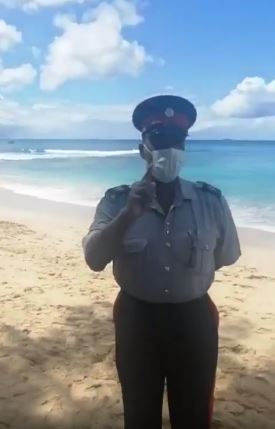 A video circulating on social media showing a female being ordered off a west coast beach by Police, has caught the attention of Cultural Ambassador, The Most Honourable, Dr. Anthony “Gabby” Carter.

In the video, one officer could be heard stating that persons at the Treasure Beach hotel did not want her on their property, adding that they had owned part of the beach.

In response, the woman is heard asking the officers to identify the highwater mark that she had breached.

The Mighty Gabby told Starcom Network News that he has sought a meeting with owners of Treasure Beach but criticized the Police for their handling of the situation.

He said the laws governing beach access have to be addressed.