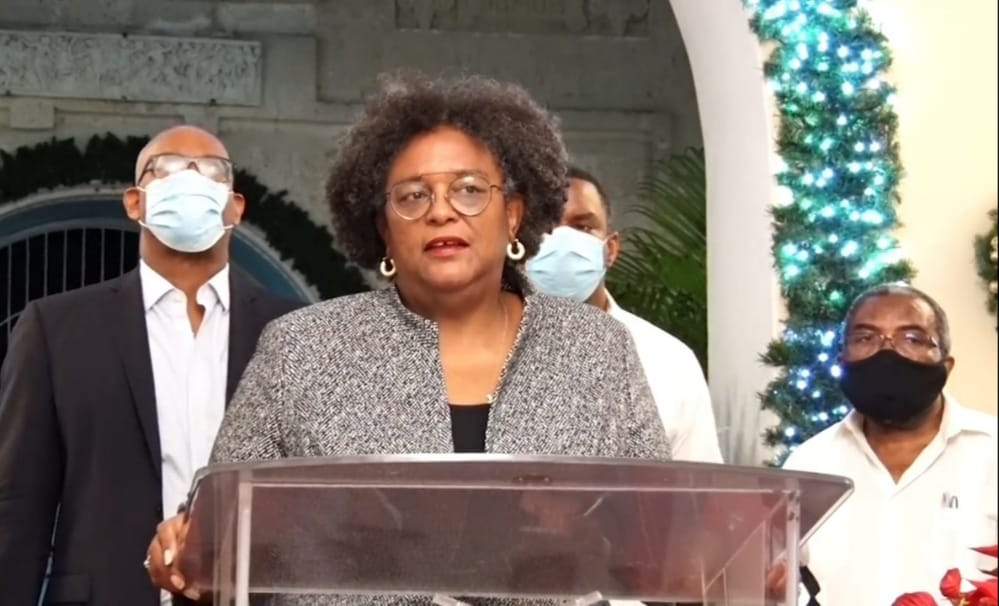 Government is seeking a legal opinion into some of the pay practices at G4S security firm.

Prime Minister, Mia Amor Mottley, says that though the company has admitted to such practices it wants to continue with them.

She was reporting to the media after nearly seven hours of negotiations at Illaro Court involving other government officials, the Barbados Workers Union and the company.

The Prime Minister says Barbados will not allow workers’ rights to be undermined and she has asked the union to hold off escalating the current industrial action for 36 hours while the legal opinion is sought.

According to the Prime Minister having a security officer and a security steward doing the same job but getting different salaries is wrong.

She adds that seeking permission to continue this practice is not part of our industrial relations climate.

At the same time…General Secretary of the BWU and government MP, Toni Moore, says they will honour the Prime Minister’s request to hold off on their planned nationwide industrial action.