An influential Government MP in Britain is blaming China for Barbados’ decision to break from the British monarchy and become a republic next year.

Tom Tugendhat, chairman of the foreign affairs committee in the UK House of Commons has claimed that Chinese pressure is fuelling a drive to remove the Queen as head of state in Barbados.

He told Britain’s Times Newspaper that Beijing has actively sought to undermine London’s historical status as a key partner with Caribbean nations.

He declined to go into detail regarding the alleged tactics, but told The Times “China has been using infrastructure investment and debt diplomacy as a means of control for a while and it’s coming closer to home for us.”

In an interview with the Times that has been widely quoted across the British press, he added ‘British partners have long faced challenges from rivals seeking to undermine our alliance. ‘Today we’re seeing it in the Caribbean. Some islands seem to be close to swapping a symbolic Queen in Windsor for a real and demanding emperor in Beijing.’

Meantime, Britain’s Daily wrote “China has poured billions of dollars of investment into the Caribbean in recent years while signing tax and trade deals in an attempt to wrest the region out of the West’s sphere of influence and bring it under the sway of Beijing.”

Starcom Network News has asked the government for a response. 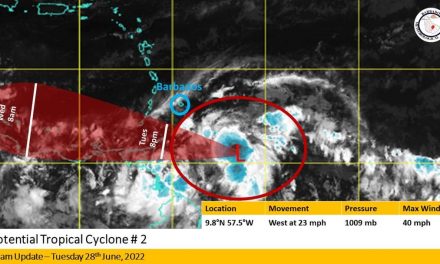