Police have made a breakthrough in the shooting of Canadian visitor Ken Elliot, 65 years who ended up paralysed as a result of the incident.

Deputy Commissioner of Police Erwin Boyce today released the information to media has to details.

The incident which was caught on security footage on February 22nd at the house in Ealing Park where Elliot, his wife, and other relatives were staying caused both local and international concern after it went viral with relatives speaking to the Canadian media.

They explained that the bullet which had hit Elliot in his shoulder traveled to his lung and made its way to his spinal cord.  He was flown from Barbados for medical treatment. 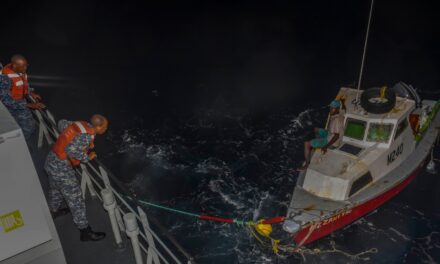 Man rescued after adrift at sea for two days