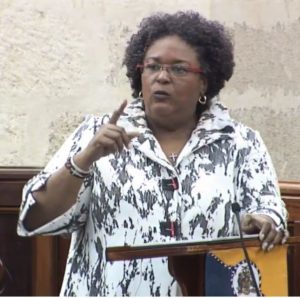 This will allow the majority of the Barbados policy holders, more than eight thousand people to get all their money back and another 13 hundred will get at least half of what they are owed.
cue in..the government…

But Prime Minister stressed that with government doesn’t have the money to immediately pay back everyone every cent of what is owed to them. Some people will be paid back over a period of 15 years.