The US State Department issues new travel advisory for Barbados 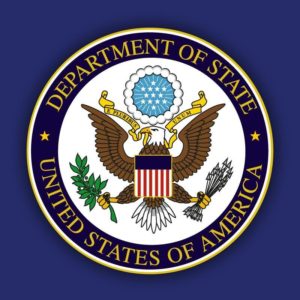 The US State Department has issued a new travel advisory for Barbados, but this country’s attorney general Dale Marshall notes that it’s the lowest level advisory and sees no need to be alarmed.

The advisory published on the US State Department website yesterday tells US citizens visiting Barbados not to travel to Crab Hill, St. Lucy and the Ivy, St. Michael at anytime and not to travel at night to Nelson Street and Wellington Street in Bridgetown or Maxwell Coast Road, Christ Church.

It also warns against attending any night cruises on the Jolly Roger or Buccaneer party cruise vessels.

The state department notes that such notices are reissued after periodic review with updates to areas of increased risk.

Barbados’ Attoney General Dale Marshall tells Starcom Network News such notices are routine and it’s a low level advisory with Barbados rated lower than the UK in terms of any travel risk.

The Attorney General doesn’t expect the advisory itself to have any great tourism fall-out but admits that Barbados has issues to tackle.