A 22-year-old St George man is the island’s 11th homicide for the year.

He is Graham Norville who was gunned down at Rock Hall, near Taitt Hill, St. George on Saturday morning. 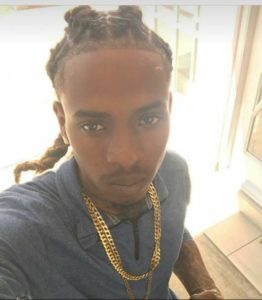 His body was identified at the scene by relatives who told Starcom Network News he lived between his parent home in the Walkers Terrace community and Lemon Arbor, St. John.

Another relative told Starcom Network News the deceased father of two was very intelligent, well loved and will be missed.

“Yes you would have your haters but he was well loved and he was very well known.  Right now we are in shock and a little dismayed by what has happened.  We are still trying to come to terms with [his death].  It was something that we did not expect.

“The entire family is shaken up by it right now.  You never expect the crime to come home to you.  You watch it every day, you see it on [social media] but never in a million years would you expect it to come home to me,” she said.

Norville, who was a regular character in the popular YouTube web series Badness, played the character Short Boss. 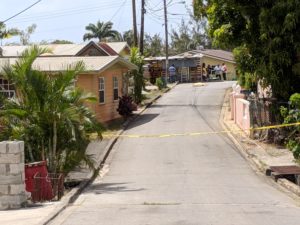 Speaking at the scene Station Sargeant Michael Blackman said the police responded to reports of a shooting at in the area around 11:52 a.m. and, “on arrival, [Norville’s body] was found lying in the road in a pool of blood.

“Anyone with any information that can assist with these investigations is asked to contact police emergency at 211, Crime Stoppers at 1-800-TIPS (8477) or any Police Station,” he said. (AL/RG)