Another female body found in St. Lucy, the second in two days. 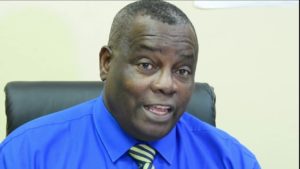 Barbados has recorded six suspected murders in just the first three weeks of the year and three in just two days.

The latest victim is a female whose body was discovered at Northumberland, St. Lucy this morning, following the discovery about 5 45 pm yesterday of the body of yet another female at River Bay, St. Lucy.

There have also been three fatal shootings so far this year, the victims all male.

Last evening about 6 pm police got word that a male resident of the Vauxhall Senior Citizens Home at Vauxhall, Christ Church had attacked a female resident reportedly slashing her throat, She died at the scene.

Senior Superintendent Bruce Rowe the officer in charge of the police southern division, spoke to us at the scene last night.

The attacker, who Starcom Network News understands to be about 74 years old was reportedly subdued by staff at the facility until the police arrived. He remains in custody.

The victim is 69 year old Martha Doyle said be Vincentian  by birth who previously resided at Free Hill, Black Rock. She was a vendor who sold items in the area of the psychiatric hospital at Black Rock.

This morning at Free Hill, residents including a fellow Vincentian who identified himself as a close friend of the deceased expressed concern about her death and about the number of killings generally.