Barbados Union of Teachers Has Not Ruled Out Industrial Action 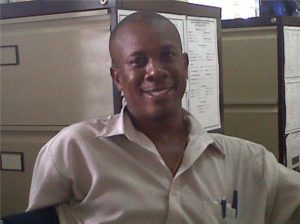 President of the Barbados Union of Teachers, Pedro Shepherd has not ruled out a possible industrial action at the end of this school term, if the docked pay of teachers is not reinstated.

He was responding to questions on the willingness of members to take this stand, given the low turnout to a meeting at the union’s headquarters yesterday.

Mr. Shepherd says the teachers are still upset over the Ministry’s decision to dock their pay after they attended a Union meeting earlier this year. He believes those affected will still be willing to stand up for their rights.

He says as a trade union leader, he has the right to call a meeting, and he believes that the action taken by the Education Ministry was an injustice to the Executive of the union and the teachers who attended.

Mr. Shepherd is therefore calling for the money to be returned by the next pay day.

He says, “you would recall the Minister of Education during a meeting in St George, in April I believe it was, said that a man’s salary is his property and that you cannot take a man’s salary away from him and teachers are holding fast to the Minister’s comments and we want our property back.”